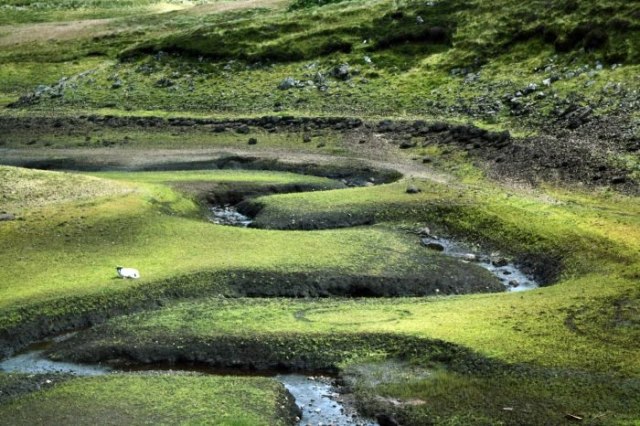 I never understood why people refer to Ireland as green country…until I went there. As you can see from this blog, I’ve been to quite a few places from around the world, and I can reassure you that Ireland stands out from the rest!

I guess it’s been such an amazing experience because I want’s expecting it to be so magnificent and mesmerizing. Honestly, I didn’t even want to go to Ireland in a first place. In fact, why we were deciding on places to go I put up quite a fight as to why we shouldn’t even go to Ireland. But I’m extremely happy that I did. It’s a place like no other! 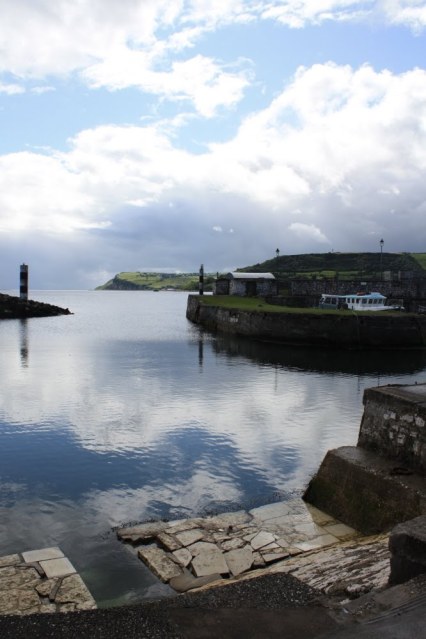 One of the Main reasons we went to Ireland was to go on the Titanic Tour. For those of you who may not know, Titanic was build in Belfast, which at that time was considered to be the leading engineering city of early 20th century. The Tour was very informative and quite interesting, we got to see “the port” where mighty Titanic was build!

The city was very small and dingy, also very empty. Most of the places would close in the middle of the day for a few hours – to this day I’m not sure why. It was also very cold, only 18 degrees Celsius – that’s pretty cold for July! So we spent most of our days sitting in the oldest bar in Belfast.. but one day when the weather was nice-er, we booked a trip to the The Giant’s Causeway and the Coastline of Northern Ireland! 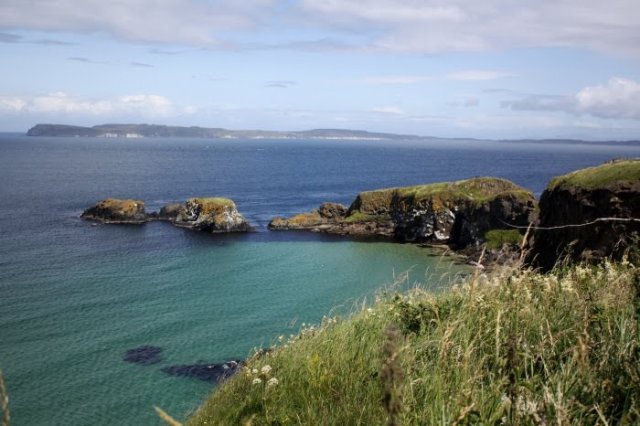 I was surprisingly amazed at the stunning beauty of the coastline. I wasn’t expecting to see so much greenery and so many vibrant shades of deep blue. One of the main attractions of the tour was a Carrick-a-Rede rope bridge. Basically it’s a small rope bridge that suspends 20 meters over the ocean. It was a popular Fisherman’s place to catch salmon during its migration season. Walking on that bridge was the scariest yet most amazing experience of the trip! 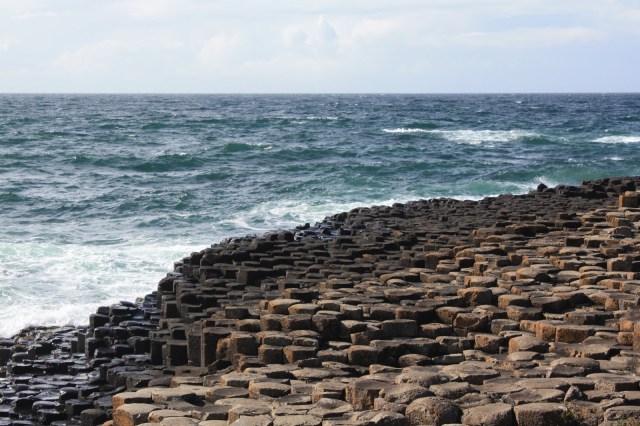 Above is the photo of the The Giant’s Causeway – a natural rock formation that resembles geometric shapes – absolutely beautiful and majestic.

Interesting thing happened to us while in Belfast. Two of my really good friends just happen to take a summer vacation at the same time as us. It also happen that their destination was Belfast. And so I was able to enjoy a company of my good friends half a world away when we coincidentally met in Ireland!

By the end of my trip I was able to assess Belfast.
BELFAST IS: slow, sleepy, cold, majestic, green, surprising

Designer & Art Director who loves Photography & Illustration. I live and work in Toronto, but I travel often. My goal is to visit 100 places in my lifetime. I just have a few more to go...
%d bloggers like this: