In my opinion, Chicago is one of the most architectural cities I’ve been to. Every building, every structure, every bridge, window and door are an exceptional example of quality architecture at its best.

When the city burned to the ground in 1871, people put in a lot of extra care and great detail into rebuilding it. Almost every building could be studied as a great mastery of architecture. Or at least those buildings in a downtown core. That’s where I spent my time during the visit.

My best advice for anyone visiting the city for the first time is to take the sightseeing boat tour along the Chicago river and lake Michigan. What a great way to see the city.  Chicago has the most beautiful waterfront full of beaches, boardwalks, parks, museums and beautiful structures.

No city would be complete without a park. And  Chicago has an amazing Millenium Park in the core of the city.  That’s where the famous Bean Sculpture is located. As a designer and an avid modern sculpture admirer, the Bean was on my “Must-see-in-a-lifetime” list. Simply amazing!!! I loved it.  Another famous structure in the park is the fountain  with faces spitting water.  A great example of interactive and ingenious contemporary design. 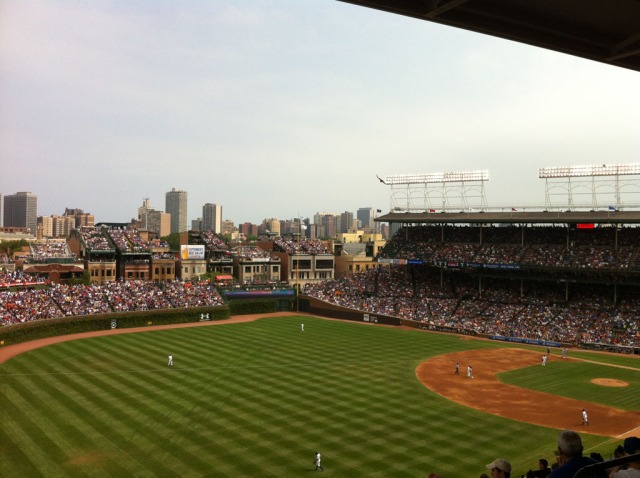 Another iconic destination native to Chicago is Wrigley Field – a historic stadium that was build in the early 20th century and has been operational ever since. This would be the best place for any baseball lover to come. The most amazing thing about this stadium is that many near by houses have a rooftop patios overlooking the stadium where people can sit and watch the game without entering the stadium. A very smart way to maximize the seating and maximize the joy of watching the game. 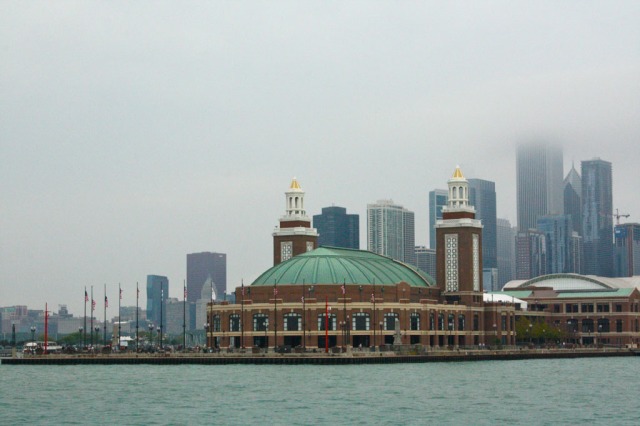 A visit to Chicago will not be complete without visiting famous Chicago Theater. Build in the early 1900 it was the largest movie theatre of that time. Decorated  in a classical opera house style it looks like a lavish castle. Complete with intricate plaster work, sculptures, ceiling murals and exquisite chandeliers. As part of a tour I got to go behind the stage and see old changing rooms. This theatre is also famous for being a host to many modern celebrities. Everyone who performed on the stage of Chicago Theatre signed the walls of the backstage entrance, and now the walls are covered in signatures of celebrities – how cool. 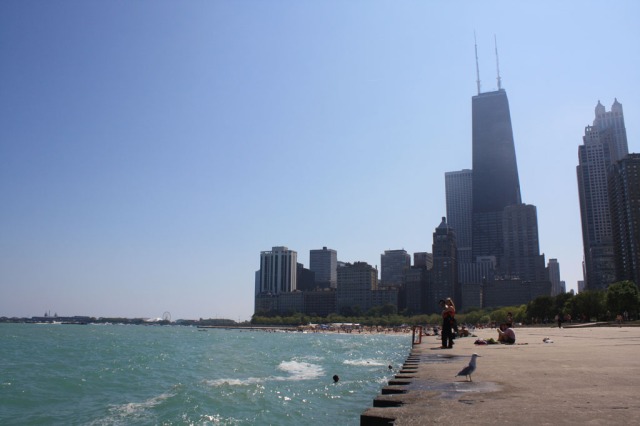 As I mentioned above Chicago has a very developed waterfront, so going to the Navy Pear is a must. This waterfront park has several rides and fun fare attractions, boat crises and restaurants. Great place to relax and enjoy the summer.

Chicago also has over 15 operational beaches. Which means busy weekends full of crowds trying to cool down on a hot summer day. I got lucky, because the weather was very nice  during my visit, so going to the beach was a no-brainer. Since it was the labour weekend, many locals took advantage of the last warm days and the beaches were totally packed.  It’s a feeling like no other to walk barefoot on the warm beach sand in the middle o the city on September 3rd. What’s great way to conclude my visit to Chicago.

I will definitely be back and I’ll make sure to come for at least a week.

Designer & Art Director who loves Photography & Illustration. I live and work in Toronto, but I travel often. My goal is to visit 100 places in my lifetime. I just have a few more to go...
%d bloggers like this: